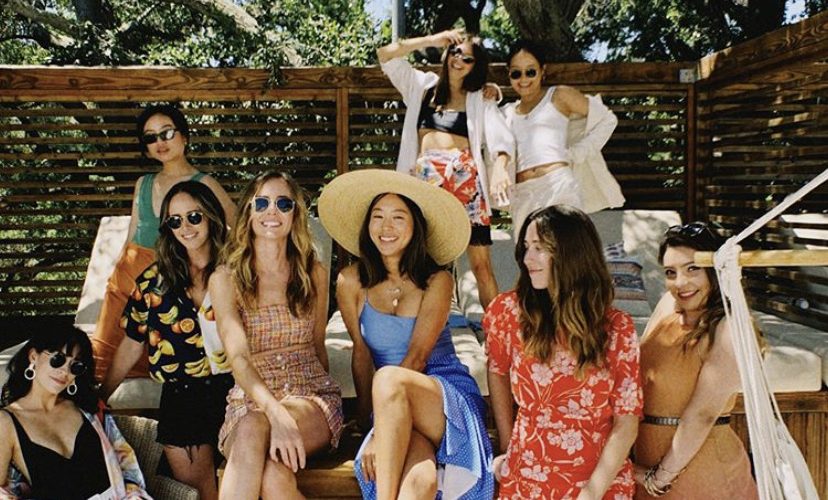 Are friendship breakups worse than romantic ones?

It was only until I was made to confront the uncomfortable truth, in a teary-eyed therapy session, that I realised this breakdown of friendship had impacted me more than I ever imagined.

Unlike all my other failed relationships, I’ve never really spoken about the pain that comes from the breakdown of a friendship. Yet, I’ll talk at length about my failed relationship, ‘talking stage’ and ‘we’ve only been on two dates, but I’m convinced I’m going to marry you’ ship.

Despite, my own reluctance to divulge into the raw topic of my former best friends and I no longer being in each other’s lives, I know the trauma that comes from such an experience is universal. We’ve all experienced it. Whether things ended in an overly dramatic way or you found yourselves disconnected and drifted apart. The pain is still the same. This merge of betrayal and deep sadness sets in; because the one person who you were truly yourself with, knew every detail about your life and most likely stood beside you during some of your best moments, is no longer a phone call away.

Half the time, there isn’t even a discussion or ‘closure’ on the matter. It’s ghosting, whispering, no longer being invited out, overheard rumours and the rest of her friends ignoring you as well. Unlike romantic relationships, the cord is cut, and there’s rarely ever any second chances.

I, myself, have had my fair share of friendship breakdowns, and despite all my romantic hardships, nothing has quite compared to the heartbreak of a friendship ending. And for me, it took three years and one tear-jerking therapy session to realise the trauma I experienced from the breakdowns of two friendships that were really sisterhoods, had massively impacted me. There’s an expectation that romantic partners will come and go, but real friends are meant to ride with you on this journey called life. So, to face never speaking to that person again leaves a level of pain that rarely gets talked about.

To try and understand why the ending of friendships, especially between women, can be so hard to deal with, while seemingly being a taboo topic, I asked 10 women about their own BFF breakups. Because as Miranda, 29, told me, “we always concentrate on romantic breakups, but friendships are such an integral part of our lives, and we need to normalise ending them when they run their course or make us feel bad.”

“We were best friends for 12 years. However 5 or 6 of those years she moved to a different country, which I was extremely heartbroken about. But we kept in regular contact through WhatsApp, Skype and Twitter etc. Any way to connect digitally we did it.” – Kelly, 23

“We basically grew up together. Our mums were very close, and we had so much in common. Both coming from strict Christian households. So, we used to be best friends and would go everywhere together.” – Chantel, 26.

“We’d mostly talk online, we met up every so often, go out with each other’s families, I’d visit her house. We’d talk a lot, and she helped me through a lot of personal issues as she had already been through similar.” – Danielle, 25.

At what point did you know things were coming to an end and did you end it?

“Both instances I was doing a lot of favours for the friend, and then they turned around and criticised me right after. Rather than saying something, I just avoided them. I meant to get back in touch with one of the friends, but my own life has just kinda blown up, and I didn’t have the energy.” – Chloe, 27.

“We were going for a night out and had both been drinking. I made some sort of comment, which I now recognise it was probably a bit snide and unnecessary, about the flat as we were leaving and she went off on one. Turned in to a massive fight in the street, it escalated, and she slung some huge personal things back in my face. It became unbearable in the flat afterwards because I felt like everyone now hated me. They all ignored me and were on her ‘side’, didn’t want to hear my version of events or anything. We didn’t talk again. I moved out 3 weeks later.” – Clara, 26.

“My closest friend showed her true colours regarding something and made me realise we do not have the same morals, and I’ve outgrown her completely. It’s a little difficult to not be friends with her, as we are still in the same friendship group. But I’ve distanced myself mentally from her.” – Laura, 25.

“In short, I didn’t feel supported by them or feel like they were ever there for me. They only talk about themselves and their own lives. Even back to my wedding, they made the day about themselves. Ultimately, I think being in lockdown, and after the BLM movement, it’s made me realise that I deserve better, better friendships with love, support and zero judgement.” – Nicole, 31.

“I had a breakdown, and she stopped reaching out. I ended up sending her a long email detailing my feelings, and she never replied back – even now two years later. I decided after a while to block her everywhere because I needed to put myself and my mental health first. Looking back, it was one of the most toxic friendships I ever had. I loved her, but she brought out a really negative side in me, and she made me feel bad about so many things about myself.” – Miranda, 29.

“I just ignored every message she sent. She asked me if something was wrong a few times and then said ‘was it me? Have I done something?’ Just the fact that after weeks of me ignoring her she still didn’t think that maybe she was really rude to me like it didn’t cross her mind. It just made me never want to talk to her again. I would have been analysing my every word if it was the other way around. It’s the reason why I thought ghosting would be easiest. I couldn’t imagine trying to explain to her what she said to me and how she talked to other people. Clearly, that’s just her, and it’s ingrained into her. She’s a grown woman, quite a bit older than me. I just couldn’t see it being productive for either of us.” – Danielle, 25.

“I asked if we can have a talk. Now I think about it I feel like I did most of the talking but, we spoke about how maybe we have outgrown each other, it’s not by force for us to actually be friends and it was actually a pleasant break up over the phone.” – Kelly, 23.

How did you find closure? And what did you learn from this breakup?

“They challenged my ideas of what it meant to be a friend. It’s my job to establish boundaries in friendship – My friendships need to be mutually beneficial and not JUST me serving another person’s needs. My friends now are extremely kind, empathetic, insightful, and compassionate. I’m still very happy to be that friend that shows up big time and will really listen and invest – but now my friends do that for me too, and if they do criticise me it’s for my own growth.” – Chloe, 27.

“In terms of closure, I had to learn to accept her for who she is and that I am not a bad person for feeling how I do. It was a form of self-care for me because I can’t be my best self if the people around me aren’t the best for me. I also learnt that friendships can have an expiry date no matter how long or deep they are because people can change.” – Annie, 32.

“I think I’ve learnt that friendship breakups are much harder than actual breakups with your significant other. I don’t think I’ve gotten closure. I told her how I felt and said I needed space. But I took it very hard. I had a few weeks away from the group chat she’s in, that gets used every day. But it still doesn’t seem enough. I feel very, very disconnected from her. It’s really rough, maybe one day I’ll be fully over it, but I’m not so sure” – Laura, 25.

“100% I got the closure I needed, I hate leaving things open ended. So, it was important for me for both of us to be on the same page. There’s no hard feelings or anything. Well, at least on my end.” – Kelly, 23.

“I now focus on cultivating friendships and relationships based on mutual support and strength, without expecting anything in return! Friends come into your life for a reason, a season or a lifetime. Be grateful for the lessons and moments shared and release them with love and cherish the ones that you have.” – Leslie, 26.

Ultimately, relationships of any sort are complicated. We often find ourselves battling with the known and unknown, never quite sure of what trigger we might set off and if people’s actions are a reflection of their lived experiences. We are flawed beings, and sometimes friendships come to an end. As hard as it may have been, the conversations I had with these women were powerful. Especially when we very rarely talk about the pain of friendship breakups. Their vulnerability to open up about a loss that often left them ‘grieving for years’, as Chantel told me, or even potentially hurting another by ghosting them like Danielle. We deserve to experience friendships that are grounded in love, mutual respect and support. Closure may not be something everyone will experience, but knowing when something is no longer worth fighting or being upset over is far more powerful.

Related.
« I tried getting a Hollywood smile in seven days
Why this budget beauty brand deserves more buzz »