I tried getting a Hollywood smile in seven days 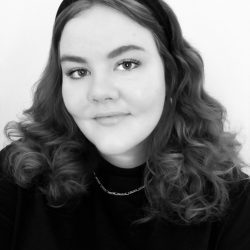 When asked if I wanted to try out some Beverly Hills teeth whitening products, I positively leapt at the chance. I had never before tried anything other than varying toothpastes to make my pearly whites a little pearlier. So imagine my giddy excitement as I opened up a hefty parcel. Bestowed upon me was a whole host of teeth whitening products, all from the Beverly Hills Formula Range. Toothpaste, mouthwash, a special charcoal activating toothbrush, and of course the ‘Brilliant Pearl Professional White’ whitening kit itself. Eager to begin the journey towards my dental dreams, I prized open the kit and absorbed the instructions on the back. Sachets of whitening strips came tumbling out, as well as a handy on-the-go touch-up whitening pen. More on that later. After scanning the instructions on the back, I realised that this would be a twice-a-day-for-seven-days endeavour. Not exactly the overnight Hollywood smile quick fix I had in mind. Still, Rome wasn’t built in a day, right? And neither, it seemed, were Hollywood smiles.

Regardless, I got straight to it. As instructed, I made sure my teeth were as dry as possible before peeling the strip for my lower teeth off its backing. There are strips for both the top and bottom rows of teeth. Imagine slightly thick, clear gel Sellotape that you fold around your teeth. They are highly satisfying to apply, they’re comfortable (as comfy as mouth Sellotape can be), and they stay on well. I had no problems with application throughout the week, plus I can vouch for them being long nail friendly.

Obediently, I left mine on for the 30 minutes advised. Despite my previous notion that it would not, in fact, be a quick fix, I did begin to see a little difference after the first day. I’m not usually a maths enthusiast, but I examined the numbers. If you do two sets of strips per day at 30 minutes each, that’s a solid hour of whitening daily. Times that by seven days and… okay, maybe Rome was built in a week?! With my expectations and spirits raised, I was ready for day two and the results it would bring.

I will add, when you take the strips off, there will be a gel residue left on your teeth. I chose to brush this off with one of the toothpastes I was sent. I used the charcoal activated toothbrush and the corresponding charcoal toothpaste and mouthwash. I felt seriously organised, having the full set of products made me believe in the magic of Beverly Hills even more. I was giving it the best foundation to work humanly possible, and I even tried laying off the coffee that week! I’ll admit that mission was significantly less successful.

By day three, I was satisfied that my teeth were whiter than when I started out. The results weren’t utterly drastic, but they were consistent. At the very least, they helped instil in me the virtue of patience, where it may have been lacking at the beginning. Where my teeth were concerned, I definitely did feel the benefit of the strips. I thought they had lifted my teeth a shade and evened out the overall colour, especially where there had been some yellowing on my bottom teeth previously. The only product I wasn’t a fan of was the whitening pen. I didn’t feel it was wholly necessary in addition to applying two strips per day and I also didn’t love the chemically taste it left in my mouth. The strips, toothpastes and mouthwash didn’t have this issue at all, so it was a shame that the pen didn’t taste so minty fresh.

However, if you aren’t interested in the whitening kits, then I still wholeheartedly recommend the charcoal activated ‘Perfect White Black Mouthwash’. It’s designed to eliminate bacteria and staining, leaving you with lovely fresh breath.

By the seventh and final day, I had decided that I was happy with my result overall. I felt like I had upped my game and that after all, my wish for pearlier whites had been fulfilled. I’m currently continuing to use the aforementioned charcoal products as aftercare to maintain my results.

As someone who went into this trial with a Hollywood smile goal, (I’ve been told I do set the occasional unrealistic standard) the question is, did I achieve that? Well, my teeth haven’t blinded anyone as of yet, so not entirely. However, I do know that my teeth are now whiter and brighter than when I started out. In combination with the kit, the charcoal activated products may well have played a role in my result. The best part? These products are all genuinely affordable and available at your local Superdrug and Boots! In my opinion, getting teeth that are even remotely Beverly Hills-esque from an Aberdeen Superdrug is a winner.

Ultimately though, I’d recommend anyone who wants to channel the hills to sink their teeth into some of these products. Quite literally.

« 5 black-owned beauty brands you should know about
Are friendship breakups worse than romantic ones? »