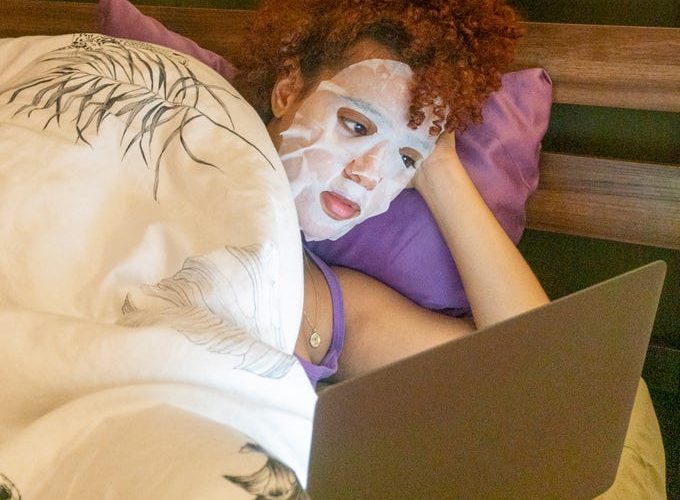 Is quarantine making me even more anti-social?

How many phone calls in the day is too many? I’m notoriously known for dodging phone calls. I’m not sure what it is, but there’s something about committing to one conversation for however long that makes me anxious. Could this not just be said in a text?! I know, I know, it’s a problem. But as face-to-face socialising has become near non-existent, more of us are spending time on our devices, on Facetime, Zoom, Houseparty etc. Whether it’s for your weekly catch-ups with the boss or Friday night quiz night with your mates.

So, as you can imagine, for a serial phonecall avoider like myself this has been taxing, to say the least. But, apparently, I’m not the only one that feels this way. In fact, this pandemic has birthed the new phrase, “Zoom fatigue”. Defined as mental exhaustion due to constant video calls. More and more people are beginning to identify with this feeling.

But why? Sonya Dreizler, a San Francisco consultant, told the WSJ that before the lockdown, Zoom was just for meetings with clients. However, now we’ve found ourselves using this platform and others similar to it for social chats with relatives, child’s playdates and everything else; fueling an unexpected burnout. Many psychologists also make links between Zoom meetings and the lose of social ‘cues’. Despite the ability to stare lovingly into each other’s eyes, we lack essential communication cues such as body language. As a result, it’s said we lose 80% of communication due to this absence, which in turn means more energy and focus is needed, in comparison to face-to-face interactions.

Then there’s the added layer of feeling the need to be performative. “What have you been up to?” “What did you do this weekend?” “How have you been coping?”. Under normal circumstances, I’d be able to tell you about the friend I saw for dinner, the shitty date I went on, the crazy thing I saw on the train. But when all of that is taken, and all you are left with is four walls, Netflix, and the same hobby you started two months ago, the answer you often want to give is; “I did the same shit I did yesterday, the day before that and the day before that.”

But more than that, most if not all of our socialisation is now through a screen. “Most of our social roles happen in different places, but now the context has collapsed,” Gianpiero Petriglieri, an associate professor at Insead, told the BBC. “Imagine if you go to a bar, and in the same bar you talk with your professors, meet your parents or date someone, isn’t it weird? That’s what we’re doing now.” I miss being able to hold my friend’s hand as I comfort her, or playfully slap a friends knee as I laugh at their joke.

But ultimately, I’m so thankful that a familiar face is just one click away. The idea of having to do this without would feel far worse than ‘Zoom fatigue’. But just know, ever so often, you’ll find me (or maybe not) dodging calls just so I don’t feel overwhelmed. If that makes me anti-social, so be it, for my own peace of mind.

Related.
« A revolutionary journey of Netflix and quarantine: what I’ve watched
I changed my skincare habits during the lockdown and here is what I discovered »